The Best Photo Galleries In LA 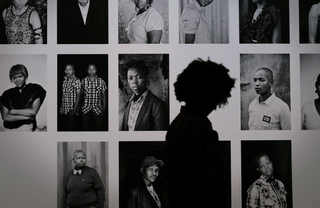 Of all the arts, photography holds a special place for those who enjoy the art of visual storytelling, and while there might be plenty of so-called “photographers” out there (you know who we’re talking about) viewing the work of true masters evokes a whole different feeling than watching rank amateurs feebly post their smartphone pics on Instagram. In this town, there’s no shortage of places to check out the work of those who are truly skilled, just head down from whatever building for rent in Los Angeles you’re currently residing in and begin your prowl through the city’s best spots for photography viewing.

What happens when you have a gallery that has more than 8,000 photographs in its collection, exclusively works of art, and covers all the major genres in the field (portraits, nudes, still-life, contemporary photography, etc.)? What happens when that gallery also has a website with over 10,000 images and regularly puts on two-person exhibits every five weeks? You get the Fahey/Klein gallery, one of the most notable exhibition spaces in Los Angeles.

Located in La Brea, the Fahey/Klein gallery is brought to the public by director David Fahey, who has worked with photographers for nearly forty years as a dealer, lecturer, author, and publisher. As Fahey relates on the gallery’s website, all that time has given them the opportunity to cross paths with some big names:

As for the photographs you’ll see here, just take a look at the exhibitions portion of their website. As you can see, works in b&w and color, from around the world, covering multiple genres and representing a range of artists. And the building itself? TimeOut put it best: established in 1987 by Fahey and Randee Klein Devlin, the “spacious gallery—practically hidden in a low-key building on North La Brea—manages to stay on top of emerging talent as well as curate impressive collections by such iconic photographers as Berenice Abbott, Henri Cartier-Bresson and Irving Penn.” For lovers of the craft, a trip here is a true treat.

Taschen is an art book publisher who also holds regular showings of popular work in their gallery on Beverly Boulevard. They’re winners of TimeOut’s “Love Los Angeles 2016” award, and the publication has given them some rather glowing praise:

“The space is welcoming (you'll usually be offered a beer as you wander around) and just the right size—there's always a lot to see, but not more than visitors can handle in one visit. That being said, the shows here are so well-curated that you'll probably visit more than once.”

While you’re there, you might want to check out the book collection, which includes photos and art from across the spectrum, so you’ll likely find something to fit your fancy. Their current lineup of gallery work includes some rather adventurous shots, so if you’re a fan of the risqué, this will be one space that you enjoy to no end.

Now, the J. Paul Getty Museum isn’t strictly a photography gallery, but they do have a rather impressive collection of photographs in their possession, and have been displaying photographic works since the 1980s:

“The Department of Photographs was established in 1984 with the acquisition of several of the most important private collections in the world, including those of Bruno Bischofberger, Arnold Crane, Volker Kahmen/Georg Heusch, and Samuel Wagstaff, Jr.”

Their lineup is rife with photographs from the inception of photography, the 1830s and 1840s. They have works from the masters of the time, from Europe, the United States, South America, Asia, and Africa, like “William Henry Fox Talbot, Julia Margaret Cameron, Carleton Watkins, Walker Evans, August Sander, and Robert Mapplethorpe.” this collection extends into 20th Century masters, for those that like works that are more contemporary as well.

The collection is large enough that they keep it on permanent rotation. You’ll likely not see the same photos twice on repeat visits, provided you space them long enough for them to switch things up.

Officially titled The Annenberg Space For Photography, that name tells you most of what you need to know off the bat. This is a cultural locus for the art of photography and little else, featuring exhibits, lectures, and much more. According to TimeOut, they take a rather unique approach to displaying their works:

“Specializing in photography, this privately funded space takes an innovative approach to displaying its digital and print works. More than just images on a wall, exhibits at the Annenberg often incorporate videos and/or music, creating a more dynamic experience for the visitor.”

Their list of photographers is long, encompassing artists from around the world, and their exhibits touch almost every facet of life. Currently there are two features on display: Cuba Is and Resolviendo. Their upcoming exhibit, Not An Ostrich: And Other Images From America’s Library, is sure to stun with impressive work:

“Not an Ostrich: And Other Images from America’s Library is the result of celebrated American photography curator Anne Wilkes Tucker’s excavation of nearly 500 images—out of a collection of over 14 million—permanently housed at the Library of Congress.”

This is a state of the art photography space, perhaps one of the best in the city, and anyone with an interest in the photographic arts would be well served by a visit here. They go above and beyond in bringing the joy of photography to the masses, which aids, as they put it, the true nature of photography as one of the most accessible and personal forms of art in existence. Seeing the world through the eyes of their featured photographers is a true treat.

Apartments For Rent In Los Angeles Get You Halfway There

When you’re located in fine communities like The Madrid, a trip to one of LA’s photo galleries is but a hop, skip, and a jump away. You’ll also get to enjoy living among the fabulous residences with all the modern conveniences you can handle, so check it out and put it on your short list for Los Angeles apartments.