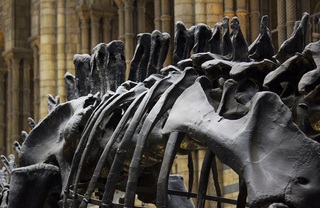 Those of you living in apartments for rent near Westchester or other sections of Los Angeles County love to get out of the house from time to time to enjoy cultural experiences and other new things. Living in luxury apartments is certainly great, but you do have to enjoy fresh air from time to time and you certainly need to visit the Natural History Museum if you’ve never been here before.

What makes the museum so special? It’s truly a sensational place with so many different activities, programs, and exhibits to explore. It’s a great place for teachers to bring their students and it’s also a wonderful opportunity to learn about history, the planet, nature, and our cultural world in an educational environment with other like-minded people.

With that said, we’ll discuss the Natural History Museum of Los Angeles County in greater detail below. We’ll tell you exactly what you’re in store for when you do finally decide to pay the museum a visit. So thoroughly read through this explanation because it will help you get even more excited to pay this delightful place a visit in the near future.

All about the Natural History Museum of Los Angeles County

As you are about to discover, this museum has a rich and storied history. In fact, as far as museums in the Western United States are concerned, it’s the largest natural and historical museum of its type. No other museum is bigger, at least as far as the Western portion of the United States is concerned.

The museum is home to humongous collections that have specimens with nearly 35 million artifacts within them in total. These specimens are so old and the artifacts have been around for so long that some of them have been in existence for 4.5 billion years, although nothing is that old in the museum itself.

The interesting thing about the enormous collections being held at the Natural History Museum is it’s made up of more than just mere exhibits and specimens as well as artifacts. It’s actually made up of a vast swath of research in different collections. Some of these collections are actually available to view at the museum itself. Other forms of this research are being held at an off-site facility.

Believe it or not, the Natural History Museum of Los Angeles County is part of an association that is made up of three museums in total. Besides the museum we’re talking about today, the second museum is the Page Museum at the La Brea Tar Pits and the third museum is the William S. Hart Ranch and Museum, which is located in Newhall, Santa Clarita California.

The interesting thing about these three museums is that they have a common mission so they absolutely go out of their way to work together. Their main mission is “to inspire wonder, discovery, and responsibility for our natural and cultural worlds.”

The History of the Natural History Museum of Los Angeles County

The Natural History Museum, otherwise known as NHM, first opened its doors in 1913 in Exposition Park, Los Angeles California. The original name for this museum was the Museum of History, Science, and Art.

The Museum of Art moved to Wilshire Boulevard when its new quarters were built in 1965. At the same time, the Museum of History and Science was renamed the Los Angeles County Museum of Natural History. As you know, they eventually renamed the museum one more time and that is the name that we use to this very day.

An interesting thing about the museum is that there was a campaign that took place in 2003 that helped shape the current exhibition hall as we view it today. This campaign was specifically designed to transform the visitor experience and the existing exhibits.

During this transformational period, the arts center reopened but it was actually retrofitted with the 1913 original rotunda. At this time, they also brought in a new exhibit called the Age of Mammals. Less than 10 years later in July 2011, they opened Dinosaur Hall. Next, they put in a Los Angeles history exhibit in 2013 known as Becoming Los Angeles.

As you can see, throughout the years this museum has undergone many changes. And it wouldn’t come as a major shock if further changes happened in the years to come.

As mentioned earlier, there are over 35,000 exhibits and collections maintained by the NHM. Some of the more popular and prominent exhibits types include Annelida, anthropology and archaeology, ethnology, crustacea, echinoderms, entomology, herpetology, history, invertebrate paleontology, ornithology, vertebrae paleontology, mineralogy, mammalogy, and many other forms of research and collections.

Whether you know it or not, this museum actually consists of three floors that contain many popular and permanent exhibits. Some of the more popular displays include the dinosaur exhibit, animal habitats, pre-Columbian culture exhibits, the Ralph M Parsons Discovery Center, the nature lab, and the insect zoo. As you can see, there’s definitely something for everyone when you come visit NHM in the near future the next time you spend the day in Los Angeles County.

Live Close to the Museum in Apartments for Rent Near Westchester

The Madrid is truly a great place to live. “This beautiful, perfectly manicured community offers you life’s luxuries and a true sense of neighborhood. You’ll come home to a parklike setting with the feel of an urban oasis. The beach is nearby, and USC, Loyola Marymount, Otis College of Art and Design, shopping, dining and more are just minutes away. But perhaps the nicest part of living at The Madrid Townhomes & Flats is the sense of community spirit.”