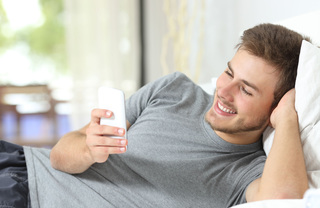 If you’re going to be spending this Valentine’s Day all by your lonesome, taking it easy in the apartments for rent in Los Angeles, there’s a chance you might turn to a bit of encouragement (via humor) to help get you through the trying holiday. Hilarious tweets, like these ones compiled by BuzzFeed, might serve as a great antidote to the V-Day blues, but stop and think about the common sentiments between them and you might note that you can learn a bit about some of the thinking that goes into making people feel down around this time of year. That’s exactly what we’ll be doing today, as we explore what Valentine’s Day so trying, and what you can do to beat those lonely feelings if you find yourself slipping into a slump.

Funny Tweets That Bare the Soul

If you haven’t done so already, be sure you check out some of those tweets BuzzFeed gathered up. In addition to providing a whole mountain of rip-roaring laughter, they reveal quite a bit about what the perpetually single think about Valentine’s Day. Sure, there are some funny tweets from coupled-up individuals, complaining about shoddy services from flower shops and whatnot around V-Day, but we’re not here to discuss those ones today (and they only go to show that having a date for Valentine’s is no guarantee of happiness).

Read over those snarky tweet from the single-folk, and you’ll detect the common thread that ties them together: a general distaste for Valentine’s shenanigans. Some of that is comedic exaggeration, for certain, but there’s at least a dash of truth that underpins every joke, and these ones indicate that being lonely on Valentine’s is rarely, if ever, a pleasurable experience. But why is that the case?

There is, of course, the obvious and common sense answer — that seeing people in relationships having such a great time going out and exchanging gifts serves a “twist of the knife” to those who are currently single. Even those who recognize Valentine’s Day as a mostly commercial and cooked up holiday, designed to enrich various corporate entities, can feel a bit jealous, as one funny tweet reveals, and if you’ve recently ended a relationship, Valentine’s Day might act as a painful reminder of the happiness you had at a time when you’re trying hard to forget.

She goes on to explain three possible underlying causes for Valentine’s Day loneliness, all of which are themselves rooted in fear:

These reasons, of course, are rather broad examples, and certainly can’t be applied to the psychology of every funny tweet lampooning Valentine’s Day. They’re true for some, though, and if you find yourself feeling down around V-Day, be sure to take some time to reflect on what might really be giving you the blues. Beyond that, though, Jennifer Taitz, the author of How to Be Single and Happy, has some pretty good advice you might try following to feel less lonely on Valentine’s Day, starting with identifying those thoughts that are keeping you distanced from others.

Once you can catch yourself thinking negatively, you can start to change your mindset. As it turns out, a problem you might be experiencing is equating not being in a relationship with being unhappy, and thinking that just having “the one” would be the cure all for feeling lonely. Not so, according to Taitz. She cites research that suggests people need about five “deep connections” in their lives to beat those lonely feelings, and they don’t have to be romantic in nature. In other words, enjoy your time with your friends, and stop stressing about whether or not you have a date for V-Day, since having one won’t make the difference in how you’re feeling. Definitely check out more of those hilarious tweets, though — a bit of laughter never hurt anything!

When you’re at The Madrid, there’s no reason to catch those Valentine’s Day blues. Even if most of your friends are paired off and doing the whole “couples thing” this February 14th, you’ll have plenty of room at your Madrid residence to throw your own “singles only” soiree, and you’ve got a whole friendly community built in here at the apartments to help you out. When you’re here at the Madrid, you’re a welcome addition, whether you’re flying solo or not. Sound like your kind of place to live? Be sure to check out our availability, and drop us a line to learn more about making one of these stellar apartments your brand-new LA home.