Call The Madrid Your Next Home 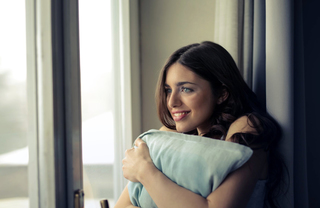 The Madrid. Located at 8655 Belford Avenue, in the Westchester portion of Los Angeles, this beautiful community, filled with gorgeous townhomes and flats, sits in relative solitude, compared to many of the other neighborhoods in the city. That, in and of itself, is a positive for many looking to settle down somewhere quiet, but it's not the only reason you might want to call The Madrid your next home. As noted by the L.A. Times, the area has been on the upswing in recent years:

"This often-overlooked patch, known to many as a place they pass through en route to the airport, is having something of a moment."

What's made Westchester so hot? There's a confluence of factors driving the increasing interest in this once-sleepy section of the city.

What Makes Westchester Such A Draw?

We'll start with the elephant in the room, Los Angeles International Airport (LAX). Once upon a time, it was precisely the reason people didn't want to live in the Westchester region. Who, after all, would want to sit right next to the airport as planes take off and land? The noise alone is enough to drive someone crazy, or at least it was. As it turns out, "those planes have gotten quieter over the years, residents and real estate agents say, and in much of the community they can barely be heard at all." So, now being close to LAX could be seen as more of a benefit than a drawback, particularly for those who have to engage in frequent plane trips out of town.

Proximity to the airport isn't the only argument for this area. Westchester is close to several other fine features that create a draw for new residents. There are, for example, several schools in the area the bring in the younger student population: Loyola Marymount University and OTIS College of Art & Design being the two most prominent. For those looking for lodging close to their institution of higher learning, living in Westchester makes nothing but sense.

Westchester is but a short distance from the beach. Playa del Ray is directly adjacent to the west, and north of there you'll find Marina Del Ray and Venice Beach. So, for those who are coming to L.A. because they love the water and hanging out near the beach, Westchester is a strong choice that also offers a fair bit of space, which is another big draw to Westchester. More so than most other parts of Los Angeles as a matter of fact:

"Either way, Younger and other agents point out, with its tree-lined streets and sizable yards, Westchester offers something that's pretty hard to find west of the 405 Freeway: space."

Perhaps the biggest draw to Westchester, though, is the change in attitude about what it is. It's becoming "cool," and part of that is being driven by the explosion of nearby "Silicon Beach." The region north of LAX contains offices from major tech players like Google, Yahoo!, BuzzFeed, Facebook, Electronic Arts, and several others. As that tech sphere expands, it brings with it new employees. With those new employees, comes a new demographic that shifts the climate of the area in a hipper direction.

It already happened in Venice. Others have seen the writing on the wall for Westchester:

"When Google opens its Playa Vista development, Hench expects her quiet pocket of town will be right in the middle of the action. 'This is going to be a different place in five years,' she said. 'Westchester will definitely be on the map then.'"

That time seems like it might be now, as population and home prices are seemingly rising. Also, as written about this year, those predictions of Westchester becoming a "techie utopia" seem to be coming true:

"Proximity to tech hubs in Venice, Playa Vista, Culver City and El Segundo make Westchester an appealing home-buying destination for technology workers."
To top it off, the trend is one that experts expect to continue to snowball, as the tech-influences cross paths with other fields of business:

"The intersection of mature industries that already exist here, like media, aerospace, manufacturing, logistics and more, combined with the presence of a diverse set of entrepreneurs, sophisticated early stage capital and talent that is both rolling out of tech pillars locally and migrating to L.A., sets us up for a unique renaissance moment where people of all trades can form new, meaningful businesses here in L.A."

That was a mouthful. To recap, Westchester is becoming "hot" because of the proximity to features of the city that people find attractive/convenient, plus the social climate changing to recognize Westchester as a neighborhood on the rise. New, hip residents driven by a new, hip industry equals a new, hip neighborhood. Now, what does all that have to do with The Madrid?

The Madrid Rises Along With Westchester

The Madrid is tied to the neighborhood of Westchester. As its fortunes rise, so do the fortunes of this stellar rental community. All those aforementioned landmarks and features? The Madrid is close to those and will cut down on your commuting times. The prestige of living near the beach? The Madrid is part of Westchester, and so grants residents that level of easy access. Those growing tech offices? The Madrid is right there, watching them evolve, and giving any residents who may fancy working there a closely located place to call their home. This is the reason to call The Madrid Home, because its star is on the rise in a big way.

Plus, it doesn't hurt that the community itself is one that's setting the modern standard for contemporary living. The floor plans are spacious, covering options ranging from one bedroom all the way up to three. The community and units are also jam-packed with conveniences that make living here almost feel like a vacation. Be sure to check out the views in this amazing community. They really show off everything it has to offer and how much this neighborhood is on the rise. To enjoy Westchester at its finest, you'll want the make The Madrid your top choice.