Be Careful If You Vape 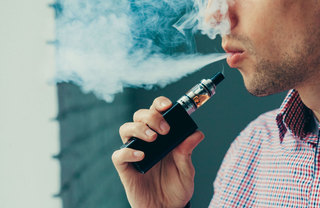 By now, nearly all of us have heard the fervent news swirling about the LAX apartments and the country at large. Vaping-related lung illnesses are plaguing a small percentage of those who partake, and it’s got some wondering whether more stringent regulations are necessary to protect the populace. What’s more, the news is hitting a bit closer to home as of late, as Los Angeles County officials are reporting more cases of these vaping-related ills in recent weeks. What’s going on, and what exactly do the figures from health authorities show? That’s exactly what we’re going to be taking a look at today, as we explore some of the recent numbers that have been published in the news.

Local Cases Are on the Rise

As reported by Patch, there were recently five new cases of vaping-related lung illnesses, bringing the total number of such cases up to 21 over the last few months. These vaping-associated worries have also included one e-cigarette related death, which has prompted county health officials to reiterate their warning to LA residents to stop vaping if they currently engage in the practice.

On the flip side of the coin, though, vaping proponents say it’s important to look at the facts that have emerged along with these reported cases. According to health officials, all but one of those cases involved individuals vaping with “cannabis type products,” and while it’s unclear if those who fell ill where using vaping in conjunction with THC or CBD-infused products, some say that this link is one that shouldn’t be overlooked.

As for the breakdown of the numbers on these cases, it’s important to know that LA County’s numbers don’t include Long Beach or Pasadena (which tally their own health department numbers) and that more than 66% of local cases involve individuals under the age of 25 (distributed across both male and female demographics). Compare that to the national numbers on the topic:

“According to the U.S. Centers for Disease Control and Prevention, there have been 1,080 lung injury cases nationally related to vaping as of Tuesday, and 18 deaths in 15 states. Nationally, 70% of the reported patients are male, and 80% are under age 35. The CDC said 16% of the patients are under age 18.”

While it might be too early to tell if vaping alone is the root cause behind all of these instances, or if nicotine (or even non-nicotine) type products are to blame, but the recent surge in such reports should be enough to give anyone pause about how often and how heavily they’re indulging in this particular pastime.

Vape or No, These LAX Apartments Are Worth Your Time

Putting the current vaping-related controversies to the side for a moment, no matter what your stance on the issue, you’ll likely agree that residences like The Madrid are some of the coziest city enclaves you’ll find within the confines of Los Angeles. Stylish, thoughtfully designed, and conveniently located, these inimitable apartments bring the very best of LA all under one roof, and grant you access to all the wonders you’ll hope to encounter across this great metropolis. Learn more about what The Madrid can offer you today, then find out how you can make your move to this, one of the city’s finest collections of luxury townhomes.